You must log in or sign up to reply here. I suggest some way to see it more clearly in other seasons. Basically the player gets a popup window that asks if the player wants to enable Naniva’s navigation help. The enemy shields will work similar to player shields in terms that they have their own HP and can break if taking too much damage. Share This Page Tweet. It all works if you stand perfectly still! Enemies , environment , Temple of Seasons. The quickest path is not the correct one.

I suggest some way to see it more clearly in other seasons. Temple of Seasons is a little too “unclear”. You could just have Naniva flutter over the spot where the phase plate is hidden when the player first gains access to it, before it’s used for the first time. My thought on this is, that games should be hard when it comes to battles and puzzles and not level design. The room image on the map comes from Vilya’s blog. Share This Page Tweet. At one point in the Temple of Seasons, you use a phase plate or whatever they’re called to warp towards the lower section of the room.

I would never have figured that out on my own oh wow, thanks so much! That way they know something is there, just not what. MrChocodemonFeb 17, The enemy shields will work similar to player shields in terms that they have their own HP and can break if taking too much damage. He didn’t have any problem with the season temple.

Now i need you help. :: Secrets of Grindea General Discussions

Discussion in ‘ General Discussion ‘ started by binarymindNov 4, As you can see, depending on what season it is, there will be different obstacles blocking different paths. Does that ever open? The quickest path is not the correct one.

The only edit I’d make to your situation is that you might have to go through multiple tsmple of files, depending on how many times you’ve reloaded your character since you reset.

I have never been stuck for too long, probably because I’m used walkthrrough this kind of non-linear progression GoodStuffFeb 17, It will be one of the most graphically heavy areas of the game since both enemies and scenery will have three different variations, so our walkturough duo have wasted no time getting started!

Maybe it’s just me, but i didn’t really see the teleport pad in the main room that gets covered in summer and winter. 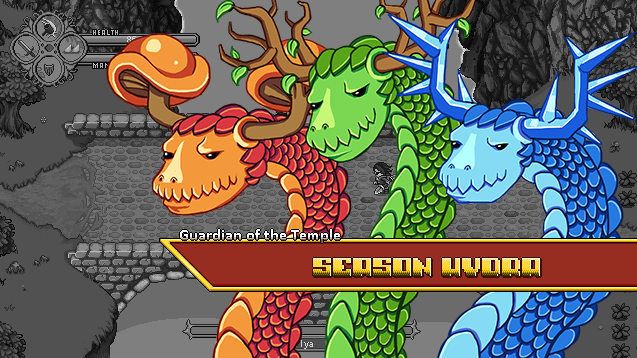 For similar reasons, we opted to have separate orbs that summon their corresponding seasonrather than one orb that cycled between them, as in A Link to the Past. Secrets of Grindea Official Forums. The room image on the map comes from Vilya’s blog.

Temple of Seasons is a little too “unclear”. | Secrets of Grindea Official Forums

In the main room the top right door didn’t open? But, with a little thought, I think I can say why the season temple get you those trouble that you wouldn’t had with an other non-linear game like the Zelda series, and it’s not a misconception of the dungeon Yes, my password is: I suggest some secets to see it more clearly in other seasons. MrChocodemon and Teddy like this. Your name or email address: He lost Marino and thought he ran off into the snowy area and it took him an hour finding where Marino went.

All breath attacks will cause some lingering effect on the floor, making the battle more difficult.

Temple of Seasons is a little too “unclear”.

At least no real one. This is our official dev blog!

Vilya has finished almost all rooms, except for a few which will house special challenges or mini- bosses that we need to design a bit more before creating their rooms. You must log in or sign up to reply here.

I never noticed really that this loop was to open the entrance to the right. My thought on this is, that games should be hard when it comes to battles and puzzles and not level design.

I could not agree more on the hydra part. Besides different weapons, each enemy will have their own set of unique moves they will have access to if the area is set to their season. 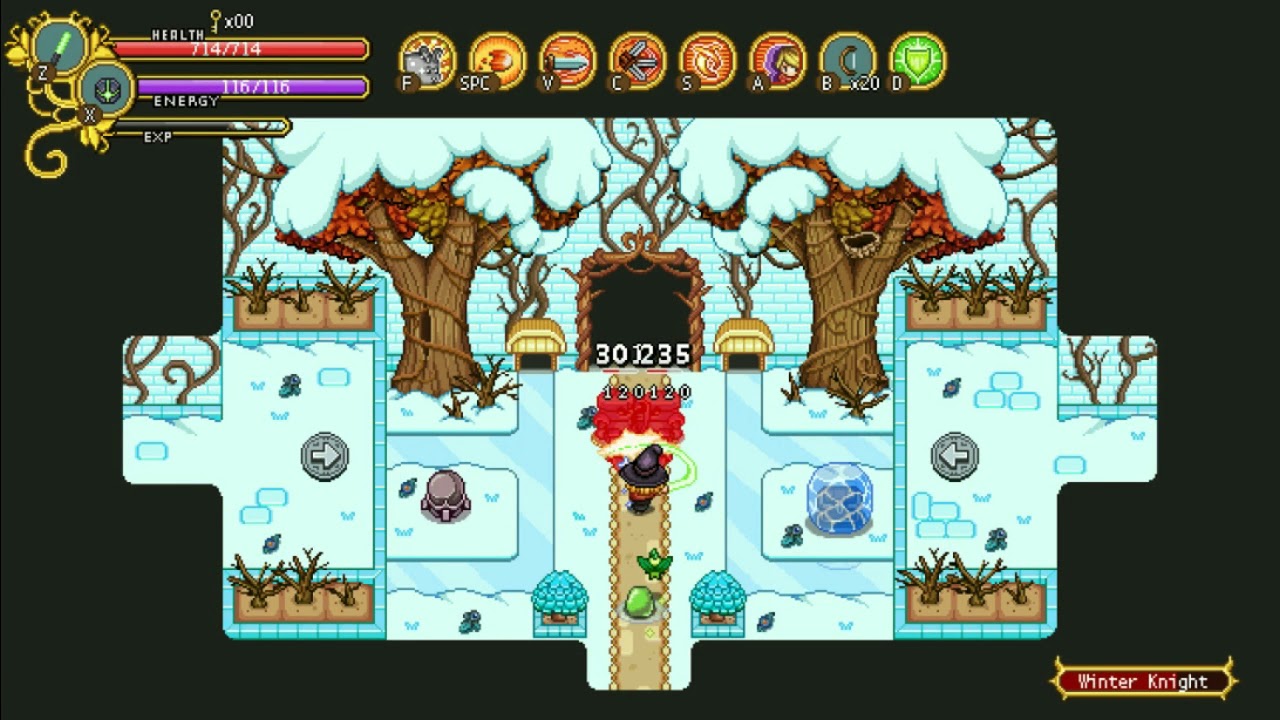 But i think there could be some small improvements in the design. GoodStuffFeb 13, Seceets had a long back and forth discussion regarding how the seasons would work in the temple, mostly related to whether the Season Orbs would change the season of the entire temple, or just the current room. 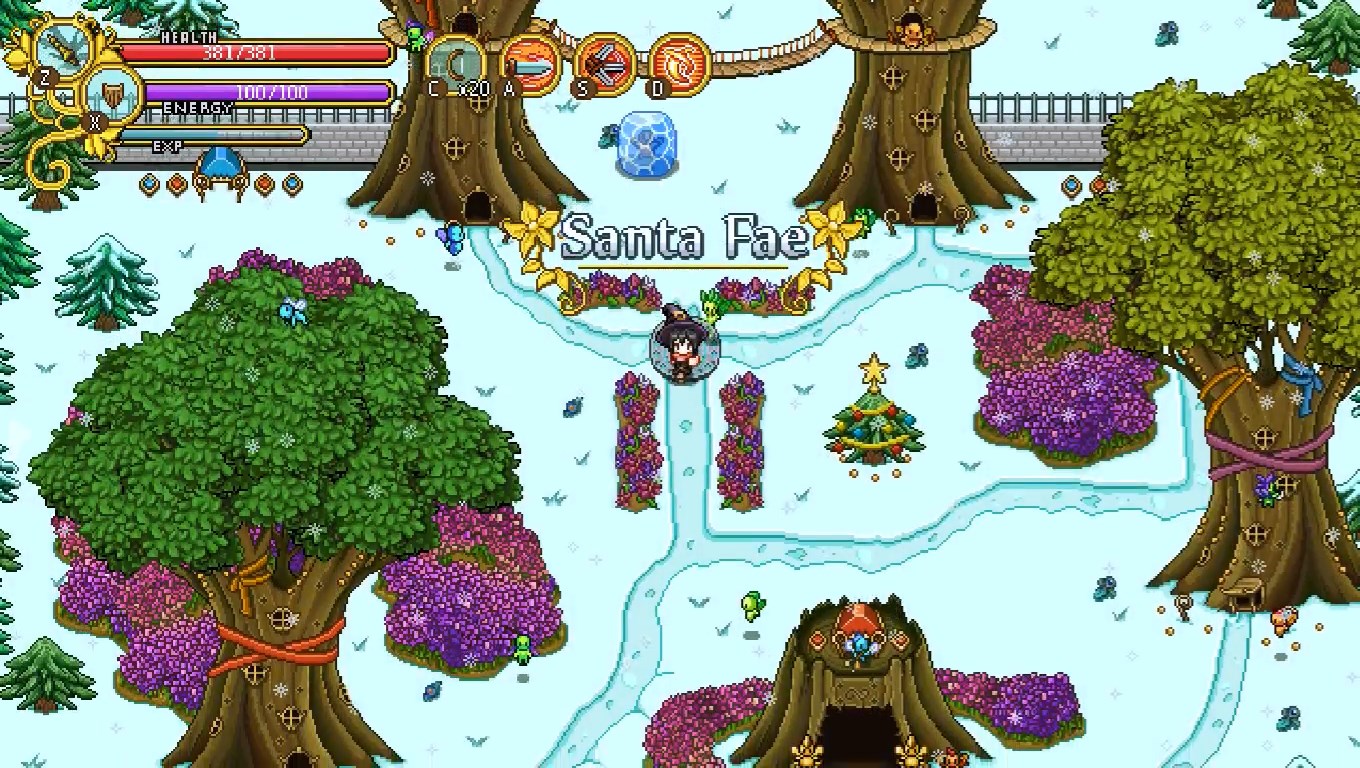